9 Common Plumbing Myths That Are Either Useless Or Harmful

It’s never fun to deal with plumbing issues within your home. Whether you’re plunging your toilet or cleaning your shower drain, you’re not going to have fun while working on some malfunctioning part of your bathroom. Of course, a home’s plumbing system relates to every part of the house that deals with running water in some way. Your garden hose and kitchen sink are also connected to the plumbing system, which in a lot of ways is somewhat of an unsung hero of the home. After all, we don’t want to think much about plumbing and piping systems. But when they aren’t working properly, we certainly notice rather quickly. While it can be something of a pain to pay for emergency repairs, it’s worth it in the long term to pay for the assistance of a professional plumber, as opposed to dealing with it on your own. There is a big difference between the aforementioned toilet plunging and seriously involved plumbing repairs. Plumbing repairs are a necessary part of maintaining a home over an extended period of time, but the unfortunate fact is that there are a lot of people don’t understand when to call a professional plumber and when to handle an issue on their own.

This is in part because there are a lot of plumbing myths that many of us have been raised on before owning our own homes. For example, a lot of people over-use bleach when cleaning their sink, toilets, and bathtubs, thinking that if it’s left to linger it will properly clean the area, where in fact if it’s left too long it may cause more harm than good. If using bleach to clean a toilet, for example, it must be removed within 10 minutes to ensure that there isn’t any corrosion. The more you know about these myths, the easier it will be for you to take care of your plumbing system. With that being said, let’s look into some of the most common plumbing myths that people often become confused about, and compare them to reality.

1. Water Heaters Can Be Left Alone

This can be prevented, rather simply, through proper maintenance. Ideally, water heater maintenance should be done on a yearly basis, during which the tank will be flushed. Furthermore, if any water heater repairs need to be done, the issue will be caught at this time. A lot of plumbing myths lie in the fact that people are unaware of necessary maintenance, but it’s an important part of keeping up with your home in general. A lot of common plumbing services are actually not based on repairs, but based on maintenance. Ultimately, it’s more cost effective to invest in regular maintenance than to pay for extensive repairs following damage.

2. You Can Snake A Drain With A Wire Hanger

Clogs are not uncommon in any home. While toilets can easily become clogged over time, shower or sink drains can also become clogged in a way that cannot be managed through drain cleaning solutions. This can be related to regular hair loss in the shower or tub, or perhaps excess food in the kitchen sink. With that being said, clogs are often cleared through the process of “snaking”. Snaking involves using a thin tool that slips through the pipes and breaks up the clog. One of the most common plumbing myths is that a wire hanger can be straightened and used as a makeshift drain snake. Theoretically, this makes sense. But in reality, snaking a drain is much more complicated than it looks. 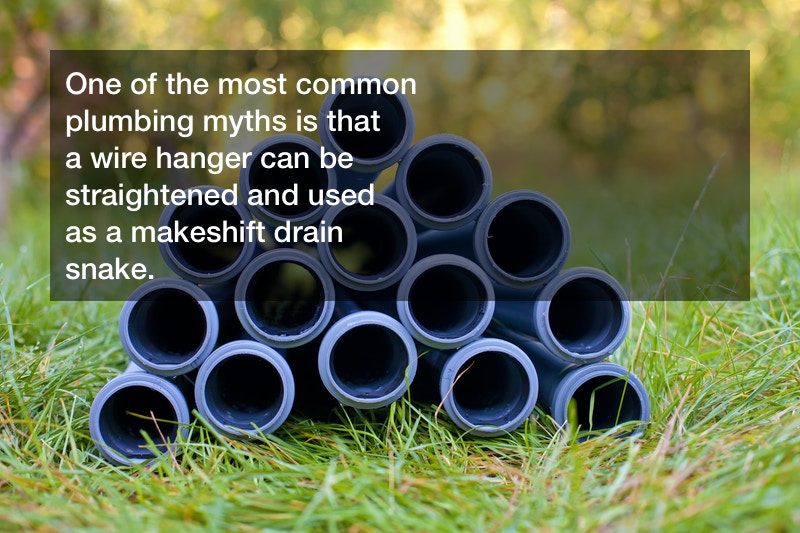 A wire hanger is actually made of the wrong material, and therefore will scratch interior surfaces and potentially cause permanent damage. This damage can actually make it easier for buildup to occur, therefore making clogs worse in the long term. While you can potentially wrap a cloth around the end of the wire hanger and secure it with a rubber band, it’s smarter to either buy a proper drain snake, which is also more flexible, through a home improvement store; or to simply call professional plumbers to help.

3. Pipes Don’t Need To Be Replaced

Understandably, a lot of older homes have older piping systems as well. While their issues may not be immediately apparent, it’s not true that older piping systems don’t need to be replaced. In fact, a lot of the problems that occur with old pipes are not immediately noticeable. Furthermore, many old pipes are made of lead, which can obviously lead to issues if that lead filters into the water you drink or bathe with. All lead piping systems should really be replaced as a safety precaution, and if your home is older, making the pipes 70 years or older, the entire system should be replaced either way.

Not only do new piping systems simply work more reliably; they also can actually save you money in the long term. This is because they are overall more water efficient, which means that you don’t have to spend as much money on your water bills. While that initial upgrade may be somewhat expensive, as with many plumbing costs, you should think about the long-term investment.

4. You Can Flush Cat Litter

Among the most regularly flaunted plumbing myths is the idea that all cat little is safe to flush down the toilet. While there are specific types of cat litter that are made to be safe to flush, a lot of different types are not only unsafe, but entirely harmful when flushed due to the fact that they contain materials that are not water soluble. In actuality, however, you should think twice about flushing it either way.

This is because the waste that is found in the litter box is the real problem. Cat waste can actually contain harmful parasites that may not be completely cleared once the toilet is flushed. Therefore, those parasites may linger around the bathroom or toilet, and can be harmful to those that use these spaces. These parasites are particularly harmful to pregnant women, making it better practice to simply toss all cat litter and waste out in the trash.

5. You Can Flush Wipes Down The Toilet

When it comes to items that we think we can flush down the toilet, there are actually a lot of different misconceptions and plumbing myths. Another common myth is the idea that seemingly-flushable wipes can be flushed at all. There are two issues with the idea of flushable wipes.

Wipes are often called flushable simply because they can make it down the drain. This doesn’t mean that they won’t get caught in the pipes further down, potentially causing a need for an emergency plumbing repair down the road. It’s almost worse to flush something like this that does make it down the drain, as this means that a simple plunging won’t fix the problem. For that matter, these wipes don’t break down, which means that they can have a negative environmental impact. Wipes are much thicker than toilet paper and are less water soluble even than paper towels. Ultimately, anything of this type of material really shouldn’t be flushed down the toilet. If it can’t be broken down through water, don’t flush it; take that as a general rule when it comes to dispelling plumbing myths. 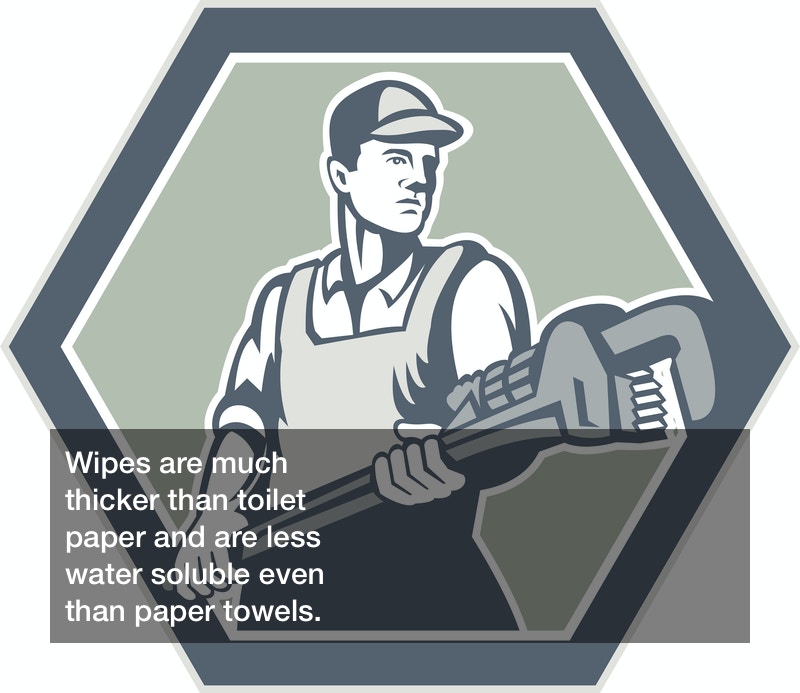 6. Grease Can Make It Down The Drain With Boiling Water

A lot of people feel like it’s just fine to push grease down the drain, providing that this grease is pushed down with boiling hot water. In theory, the boiling water may make it easier for the grease to make it down the drain at first, it won’t do anything in the long term. Grease won’t be broken up by boiling water, and it can easily get caught up and clogged within your piping system.

For that matter, in the long term a grease buildup can cause a serious clog or even a breakdown within your pipes. The last thing anyone would want is a new plumbing installation due to a grease buildup. But if you make combining grease with boiling water a regular habit, this may be something you’re faced with down the road. Nothing will effectively break up that grease, and therefore it belongs in the trash rather than the drain.

7. Putting A Brick In The Toilet Saves You Water

This may be one of the more old-fashioned plumbing myths, but it’s certainly not completely out of the ordinary for people to use it today. Nobody knows exactly where the myth began, and professional plumbers consider it completely ridiculous. Yet a lot of people, based on advice from their parents, place a brick in their water tank in order to conserve water and save money. Not only does this do absolutely nothing practical to aid in the toilet’s water conservation; it could actually have negative consequences.

Your water flow can actually be disrupted, as the brick will be in the way of the flow. This means that the toilet’s flush will actually be weaker in the long term. A weaker break can also break apart, therefore causing long-term damage to the toilet. The toilet could end up leaking due to this damage, resulting in water damage that you aren’t even aware of. There are a lot of fixes that can actually amend the same issue you may have been trying to solve with the brick. This will include water-saving flushers and faucets, as well as water-efficient shower heads. Ultimately, if you’re looking to cut down on your water usage, you would be much better off seeking advice from a professional versus following old wive’s tales.

8. You Can Ignore A Leaky Faucet

Perhaps one of the most problematic plumbing myths, which actually has to do with the myth mentioned above, is that a leaky faucet can actually be mended. A leaky faucet can actually cause you to lose a lot of water over time, even if it seems to be merely a minor, slow-moving drip. Of course, lost water in turn will result in a great deal of lost money. On average, the leakage rate per faucet stands at around 10,000 liters on a global level. 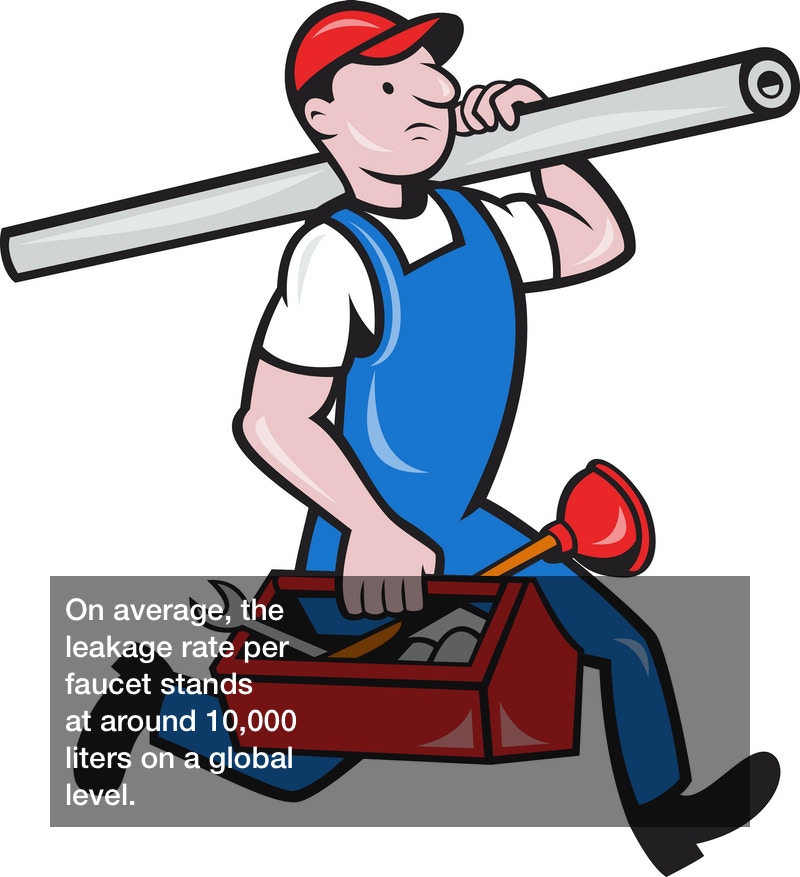 Simply by calling a plumber and having your faucet fixed, you can save at least 10% of your water bill. This will save you money, of course, but is also environmentally friendly.

While this isn’t one of the more immediately harmful myths, it’s remarkably common. Even some maintenance professionals advise people to put ice down their garbage disposal in order to sharpen the blades. This actually doesn’t work at all. While there are grooves within the disposal that are cleaned through ice, the ice doesn’t actually sharpen the blades in any way. The ice doesn’t cause any harm, but if you need the blades to be sharpened, you should talk to a professional plumber. 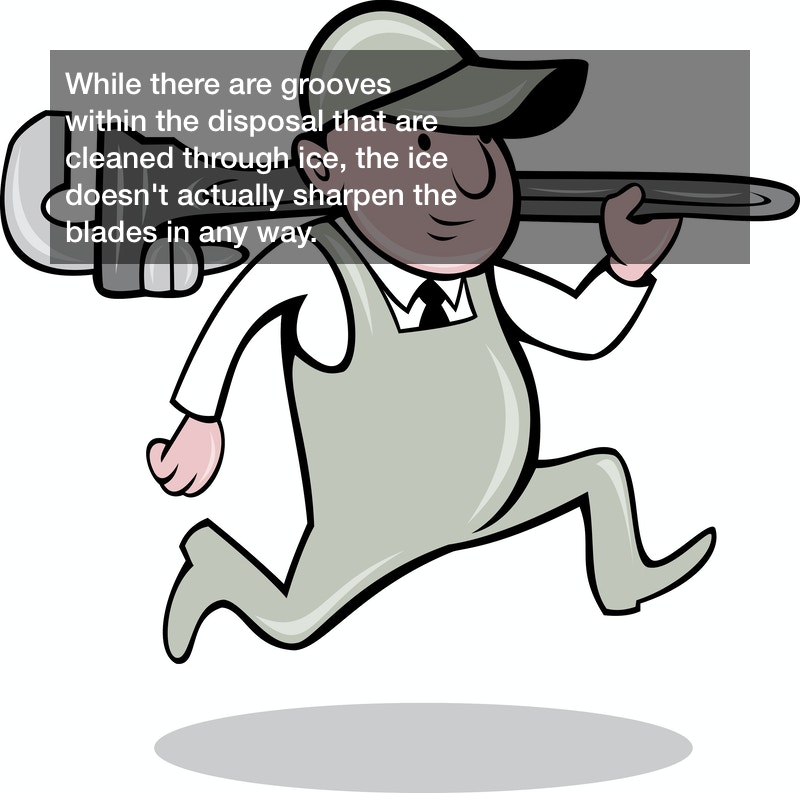 If you feel as if your garbage disposal does need a good cleaning, toss the ice in there. However, you can also use eggshells. Either way, have no fear!

Clearly, a lot of plumbing myths are either completely useless, or cause actual harm to your plumbing system. Therefore, you should treat your system with care and ultimately be unafraid to simply talk to your plumber about any issues within your system. They’re happy to help, and they know what they’re doing!